Whilst admiring the striking box art of the just-announced Japanese Super Famicom Mini, I reminisced that both as a child and now as a collector, that I’ve often paid over the RRP for imports based on the far more alluring manga art-style box art of Japanese variations of games over the arguably dull illustrations of their Western counterparts. 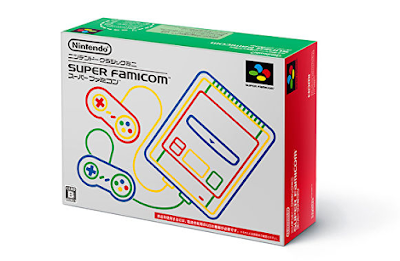 It’s fascinating exploring the differences between the attention grabbing, intricately designed box art aimed for the Japanese market against the same game’s artwork for our European shelves.

So why is there a difference? Often the reasoning is due to the targeting of a completely different audience.
But are game consumers worldwide so different after all? I find this rationale somewhat questionable given that most western gamers agree the sunnier, loud and vividly painted disposition of the Japanese is favoured by even the more reserved amoungst us.
Gaming in an escapist outlet for most and whilst we arguably maybe more subdued in our day-to-day lives, when we lose our inhibitions it tends to be due to our passionate hobbies.

A box which stands out for me is Street Fighter 2. As a youngster, I remember being far more excited and intrigued by the Japanese artwork.
Ryu the main protagonist is held centre stage along with the other brightly animated world warriors playing the strong supporting cast around him.
The artwork alone does well at depicting the game, suggesting the ability of commanding an array of interesting characters in this globetrotting battle. 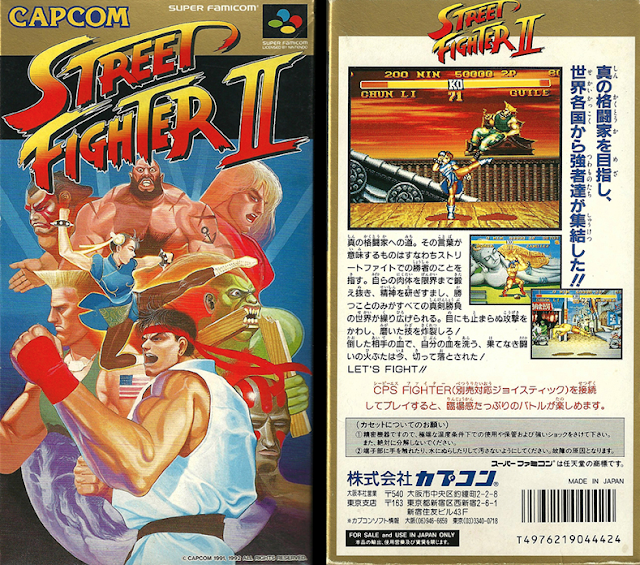 In contrast its UK counterpart tells us nothing of the gameplay and paints the rather desolate image of a back street brawler over the worldwide Battle Royale that Street Fighter is.
And what’s happened to the poster boy of the franchise? Knocked out and shifted stage-left perhaps alluding that this random karate kid would be no more than a first level character offered to merely learn the controls. 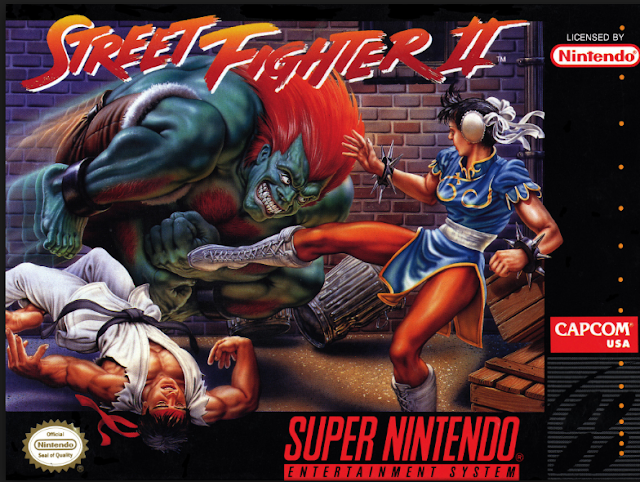 One of my favourite examples is Super Ghouls and Ghosts. The Japanese artwork enthusiastically displays through vivid colour and design the range of enemies you will encounter in the game.
From the little treasure chest dwelling imps to the intimidating bosses who will chew and spit you out leaving you in your boxers! 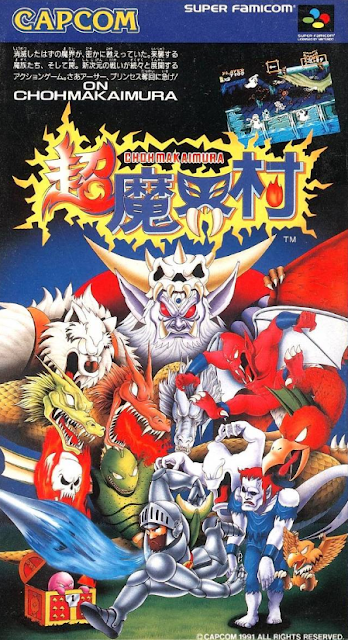 For the UK, who is that being displayed as the hero if the story?! Just a generic knight as found in the bumper book of bad character design.
Never mind the fact he’s wielding a sword which never actually appears in the game. In fact all weaponry is projectile with your default weapon being a lance.
Even the shield depicted is wrong! It’s almost as though the lucrative Western market was a rushed afterthought. 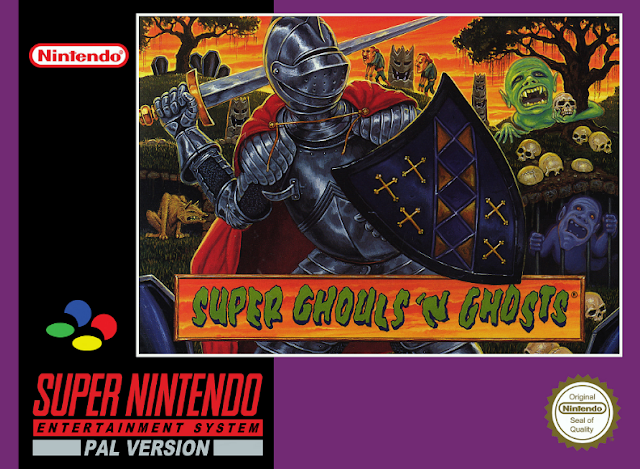 Strider. Once again on the Japanese box art we’re met with the classic hero positioned front and centre. With enemies either side waiting to pounce on the ninja master with that looming hand of death creeping in from above.
Much more emotive and alluring and fully representative of the action game that Strider is. 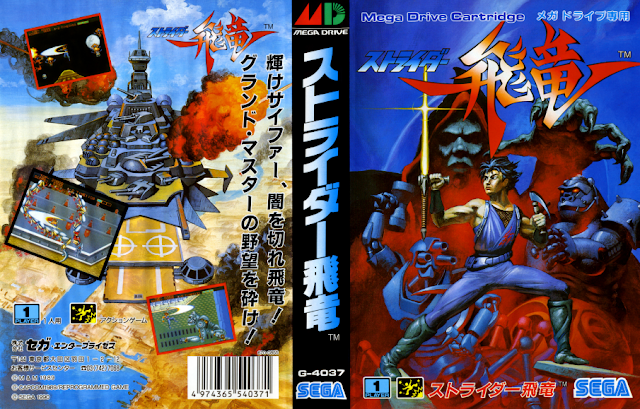 The UK version shows a cartooned Gary Barlow in a leotard. 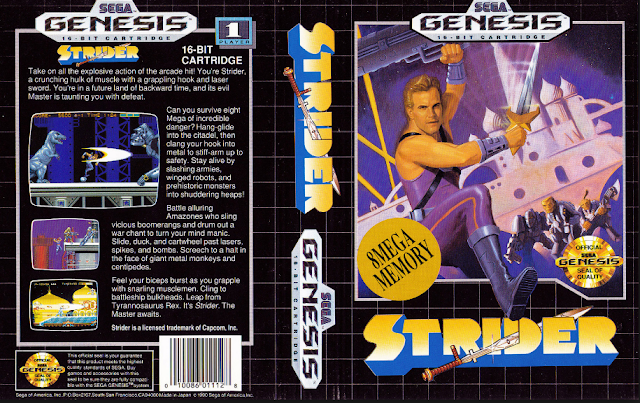 Even Kirby is an angry ball of pink here, where as in Japan… 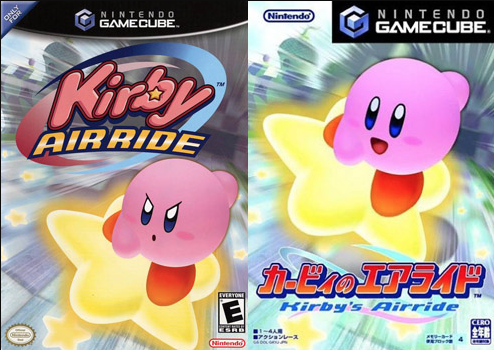 Can you think of any box art which majorly differs depending on it’s region?
Do you have any favourites? I’d love to hear them!
Posted by Unknown at 03:52 No comments: