I love a collaboration. There’s nothing like two or more of your favourite brands coming together to entice you to open your wallet - and never more so for me than when Nintendo are involved. 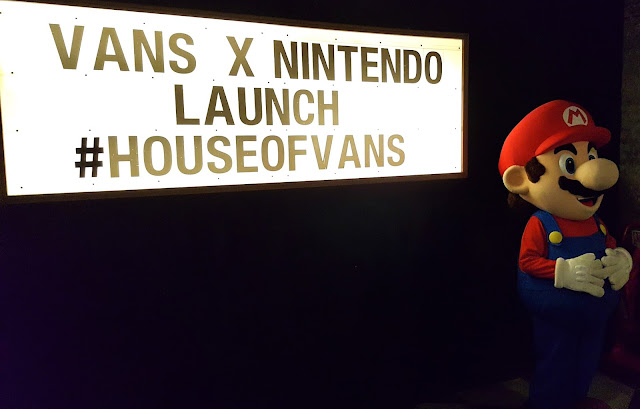 I was surprised of the unlikely pairing of Nintendo with skater’s favourite Vans given that Nintendo’s most recent foray into the fashion world was courtesy of higher end brand Moschino.

Despite often being pressed up against the glass in Selfridges admiring the Moschino Bowser backpack, I simply couldn’t justify the hefty price tag. So this wallet-friendly pairing was a much more welcomed alliance. 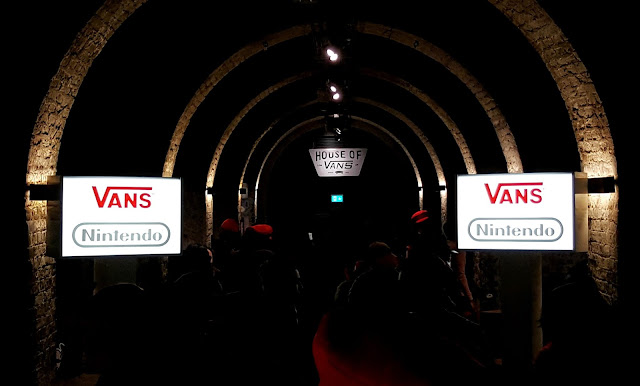 The Vans X Nintendo collection is affordable for all, not to mention - quite selfishly - already to my favoured skate style. It also covers all bases with footwear, accessories and apparel available across all age ranges and sexes.

Last night I was lucky enough to attend the launch of the collection in South East London, within the illustrious arches of The House of Vans. 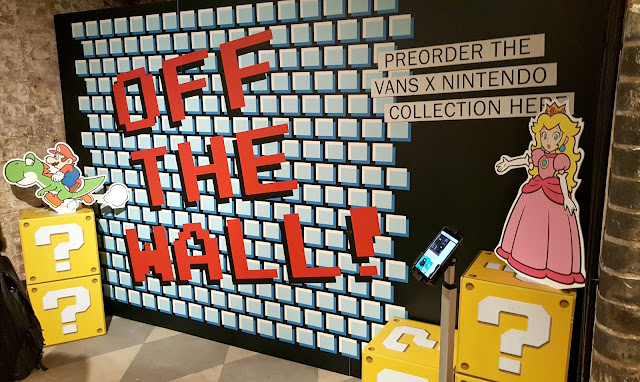 With DJ's spinning a Nintendo soundtrack and like-minded, friendly people waiting patiently inline to discover the new collection, it made for one of the better launch events I've attended.

The collection - displayed within cabinets furnished alongside the ever-so-recognisable Mario World backdrop - featured slip ons, sliders and authentic shoes in prints from The Legend of Zelda, Super Mario and Duck Hunt titles as well as NES pad motif SK8-Hi's which I'm certain will fly off the shelves. 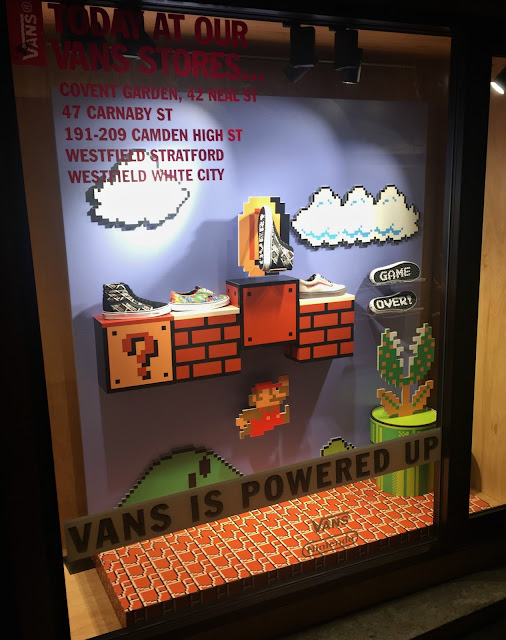 In other glass topped tables, items were perfectly placed for an Instagrammable flat-lay showcasing the footwear surrounded by a variety of Nintendo trinkets. 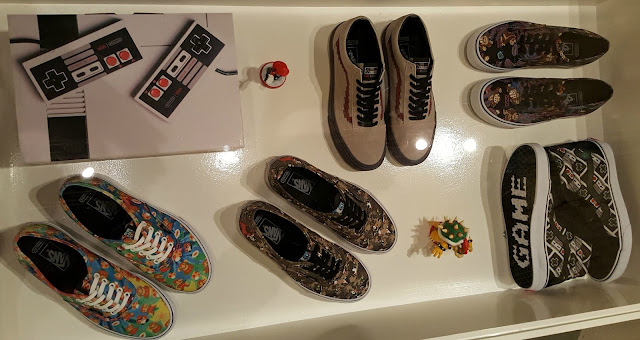 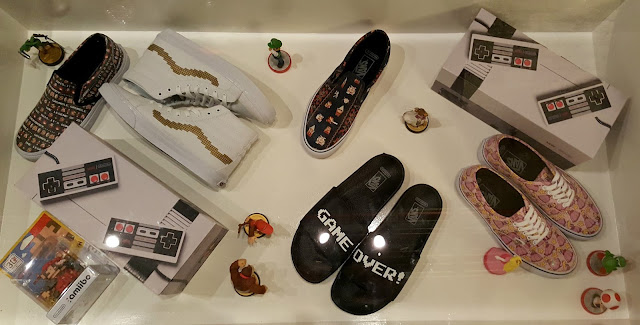 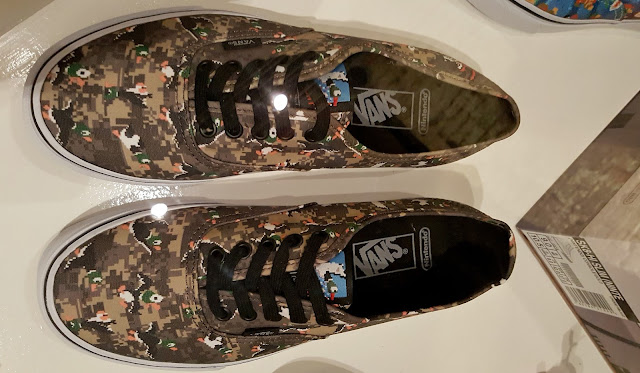 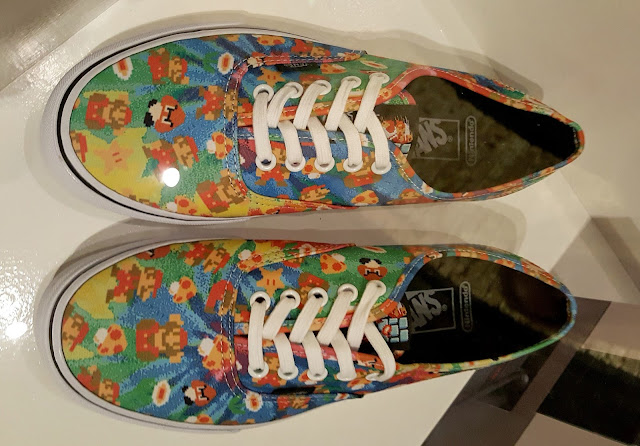 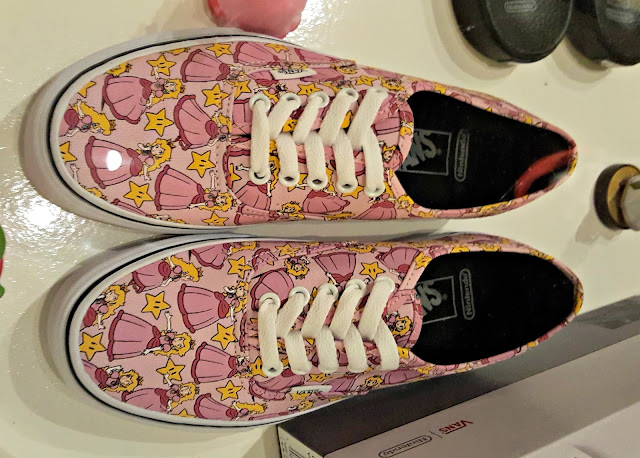 Keeping the crowds further entertained was the ever popular photo booth, with attendees clutching their Nintendo themed cocktails whilst queuing to snap themselves sporting the iconic red Mario hat that was distributed upon arrival.

Playable consoles from the decades were set up throughout; from the current gen Wii U to the GameCube, Wii, Zappers for Duck Hunt and the iconic NES and SNES. 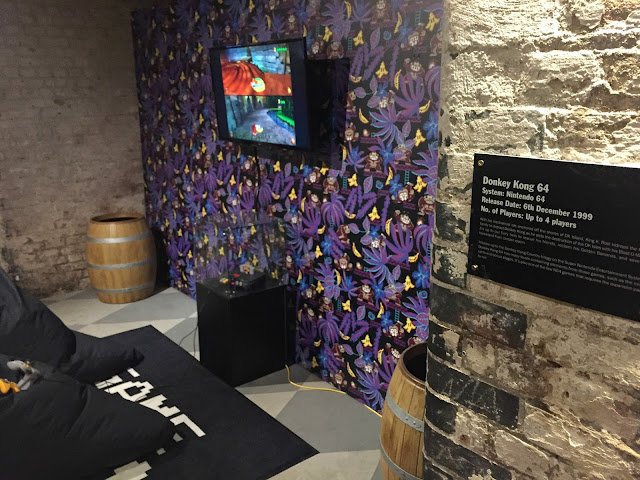 There was also a Mario Kart tournament that was commentated live which made for an interesting watch. 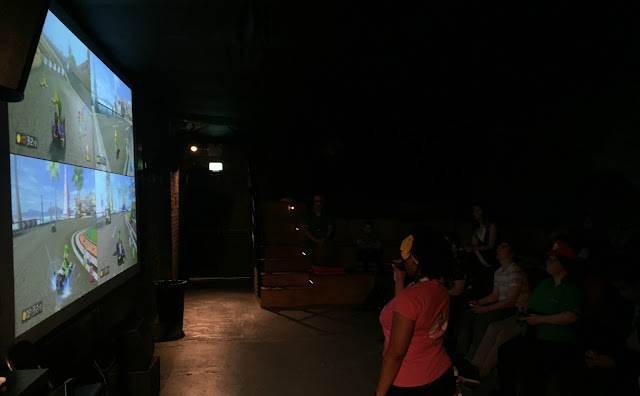 Most popular was a game of ring toss, where everyone was a winner ...and included some pretty generous prizes such as backpacks from the collaboration and skate decks should you be any good! 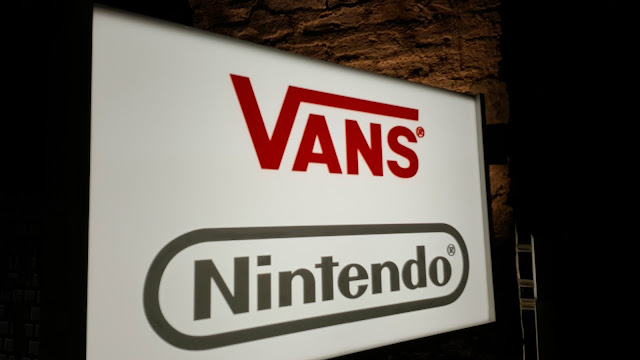 It was a busy, fun filled and enjoyable launch event. Big thanks to Vans and Nintendo for putting on a show worthy of the names involved.

You can shop the Vans X Nintendo collection here.

Win
Vans Off The Wall headphones and Vans X Nintendo canvas tote bag from the launch! 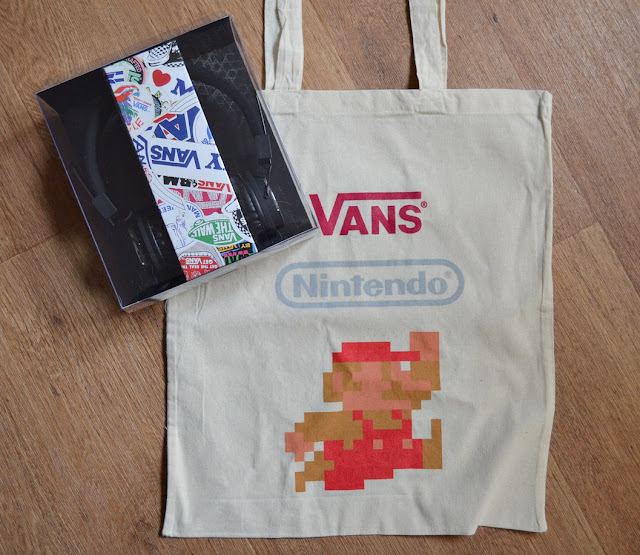 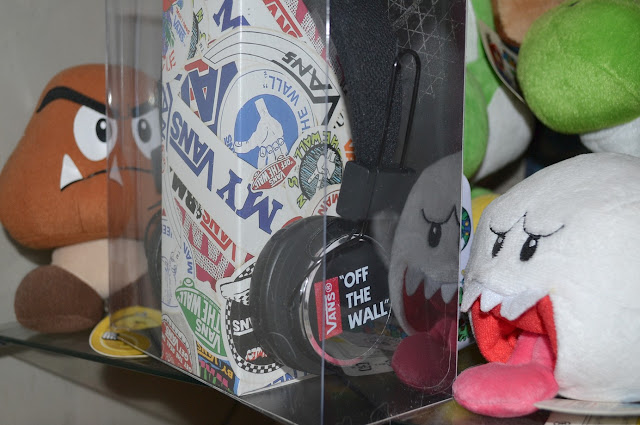 
T&Cs: Competition closes midnight 3rd July 2016. Winner drawn at random via Rafflecopter widget upon verification of participants confirmed entry routes. False entries will be disqualified and will result in another winner being drawn. Winner has 14 days to respond, after which time another winner will be selected.