Scrolling through my Twitter feed a few weeks back I spotted an advert for the upcoming @TheVGMarket. With claims of 175 stalls trading in nothing but retro, I knew this was an event I couldn’t miss out on.

The flyer was forwarded to like-minded friends and a hotel for our road trip up North was promptly booked. 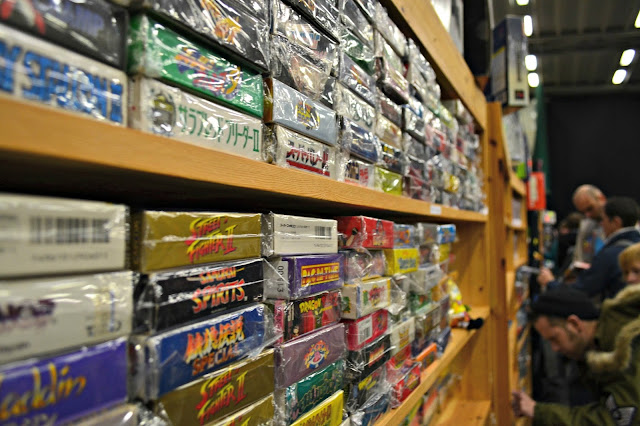 Upon arriving at the impressive Doncaster Dome we was greeted by Mr Retro Collect himself Adam @Cauterize, the brainchild and organiser of the Video Game Market.

It was obvious from the outset that the event wasn’t hosted with the sole intention of cashing in on the revival of retro video games but as a labour of love for the community. A gathering of like-minded people to meet, share and trade which set it apart from the many similar events I had attended in the past. 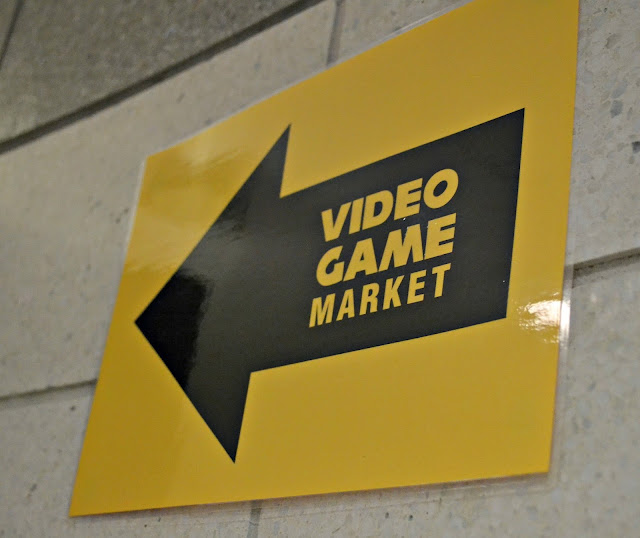 The event space was crammed with stall upon stall of games, consoles and computers from the last 30+ years. Boxed Commodore 64s sat beside pre-loved Atari VCSs and Dreamcasts. An assortment of crates stuffed to the brim with gaming paraphernalia filled the tables and floors surrounding them.

They contained everything from memory cards, joy sticks and pads, from the Master System to the Jaguar. 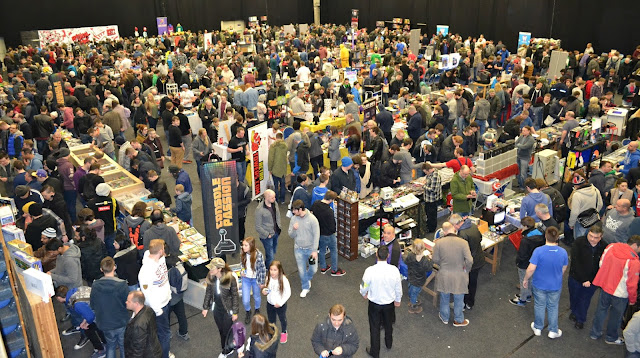 With some enthusiastic digging, happy gamers claimed items on their wish lists with one buyer being notably chuffed with his find of an official six-button Megadrive pad. 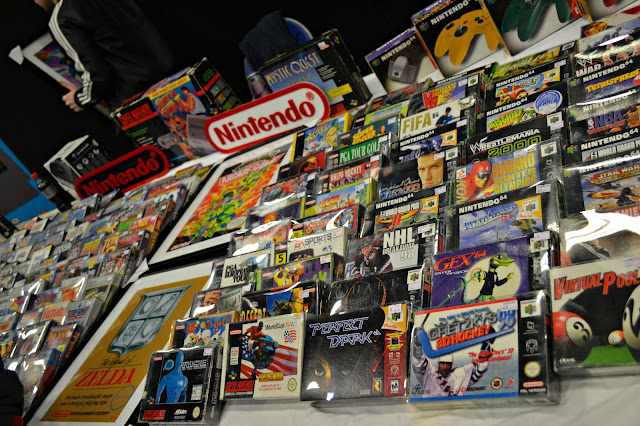 Video Game Market had somewhat of a car boot vibe - in an endearing, positive way. Assertive elbows were needed to get a look in around the crowded tables, with items piled high and often uncategorised without much thought for presentation. All adding to it's thrifty feel with the flea market prices to match. 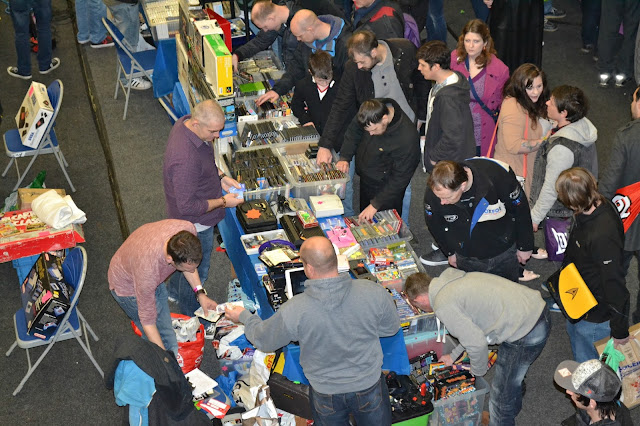 There was room to haggle on multiple purchases should you be bold enough to propose a deal in your favour. With prices far more competitive than what we have come to expect engaging in bidding wars for retro kit online. 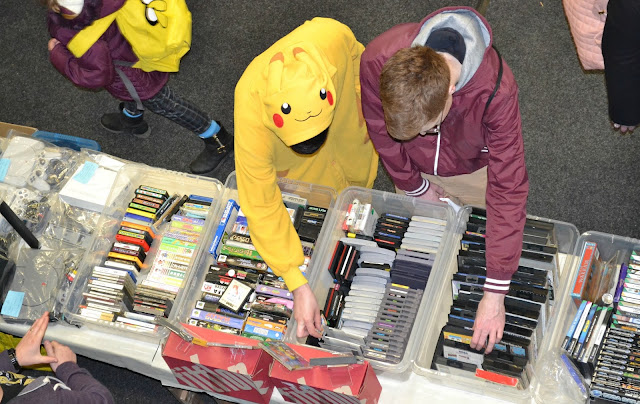 There was stacks of items and something for everyone. With the entrance fee set ludicrously low at just £2 (kids went free) I’m confident that every attendee left clutching at least one bargain from the day. 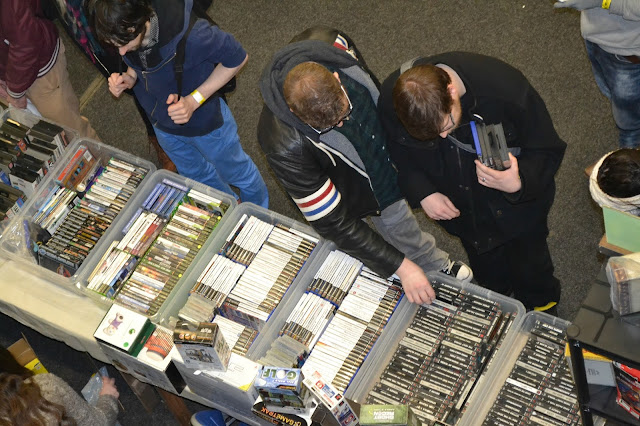 Another aspect worth acknowledging is that the event didn’t comprise of just business traders.

Private sellers paid a small sum to play stall holders for the day, selling items from their own collections safe in the knowledge that their possessions would be off to good homes.

It wasn’t all PS2 games either, there was a selection of stunning rarities including a mint condition Black Box Mario Bros NES game which my friend (and avid Nintendo collector - see previous post here) was chuffed to pick up having only ever seen one for sale online previously. 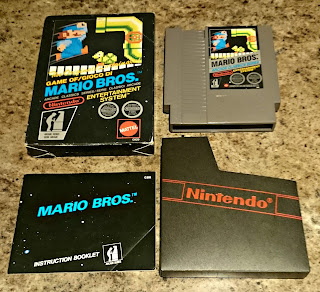 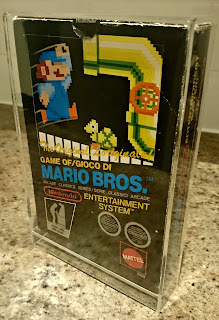 Our other purchases included limited edition DS’s, a near mint copy of Super Mario Bros 3 on the NES, Club Nintendo exclusives and a mint condition copy of Vertical Force for the Virtual Boy. 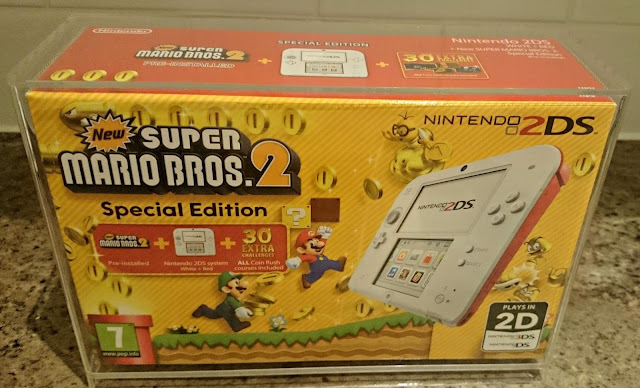 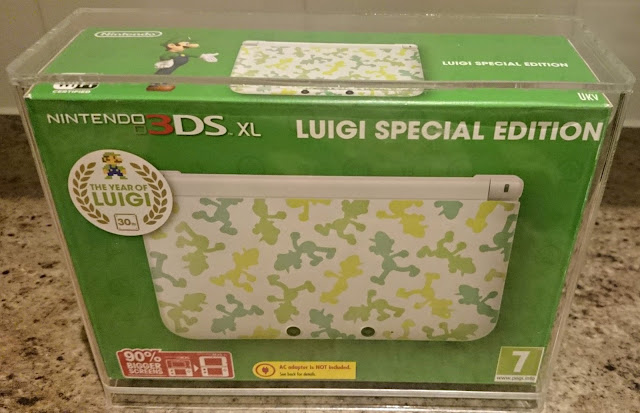 ...I’m now also the proud owner of a NEO-GEO AES - but more on that in a later post!

Having the private sellers really reinforced the feeling of a community event, although that's not a criticism of the business traders in attendance. The majority whom I found to be reasonably priced with the exception of a few.

Other delights that courted the crowds interest included customised consoles.

From Sonic inspired Mega Drives and Gamecubes to a beautiful green and stone-effect base Zelda N64. These impressive works of art would look beautiful in any gamers collection. 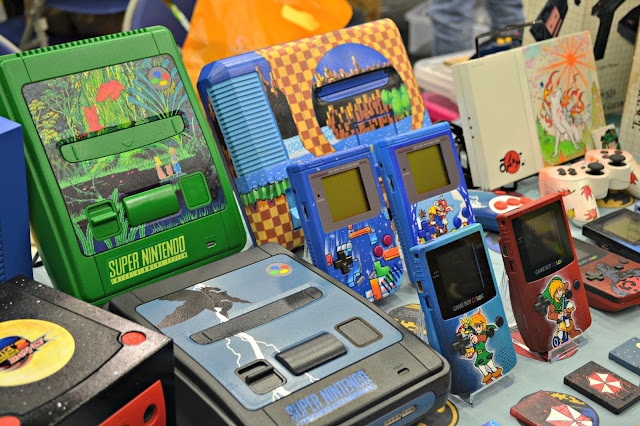 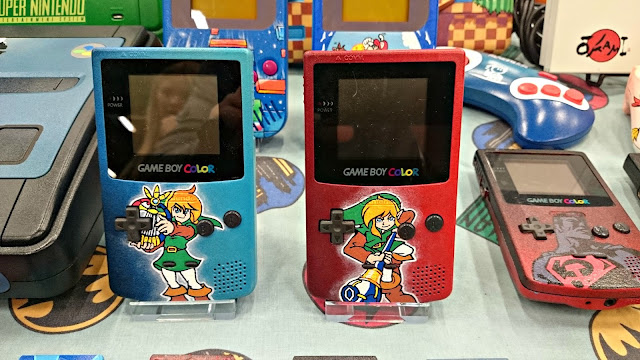 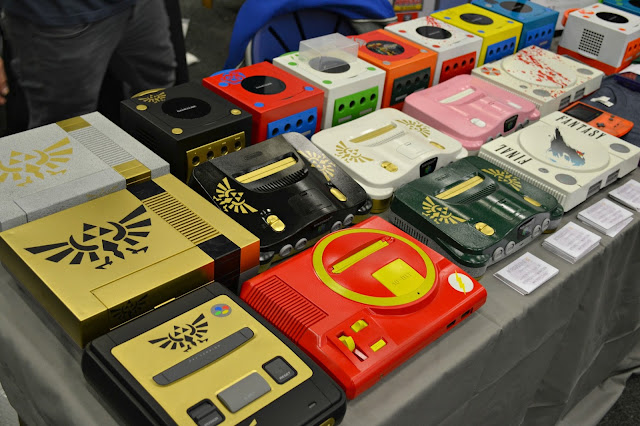 Another distinctive pop up worthy of a mention was the table top arcade units from Paul’s Custom Cabs. 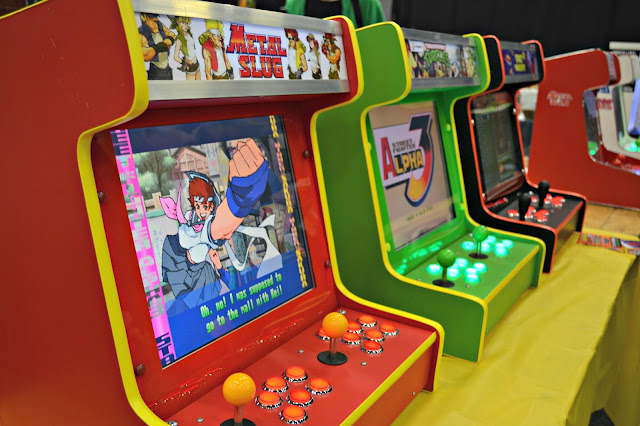 Running on Pandora’s box 4 jamma boards these little cabinets of wonder can run hundreds of games via a very slick user interface, quenching the thirst of any old school arcade heads. 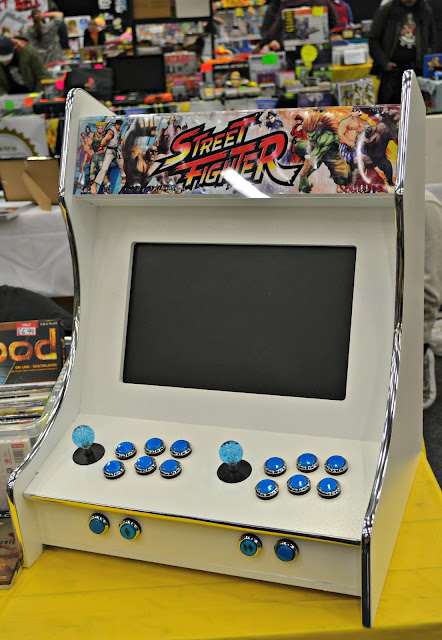 After walking the floor for a good two hours we stopped for a chat with Adam’s good friend Ric all about the work Adam puts into the Video Game Market and just how much of a labour of love it is.

Having seen the pictures of the heavily attended previous year at Leeds, it was obvious a new larger venue was needed to accommodate the growing demand. 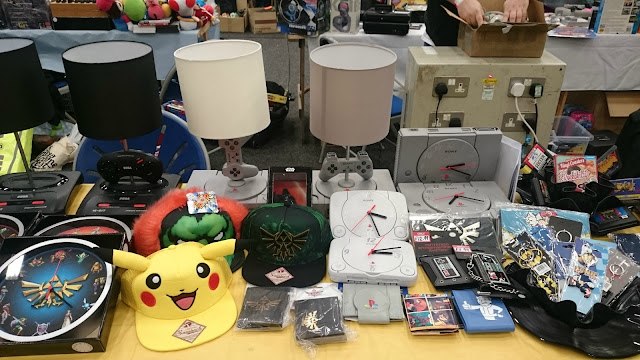 With queues panning the entire building well before the 10am opening, and a consistent footfall of attendees passing through the doors of the Dome throughout day I’d say the Video Game Market was again a major success.

With the ever growing revival of retro gaming I can only hope Retro Collect continue to expand and consider holding their enjoyable event more regularly.

You can’t help but be caught up in the infectious excitement you feel in the room: not just from us buyers of a certain age who remember the consoles the first time around but also from the sellers and the many younger families in attendance whom all gathered for the day for the shared love of the same thing… video games. 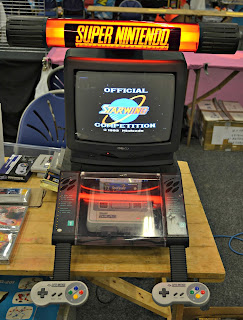 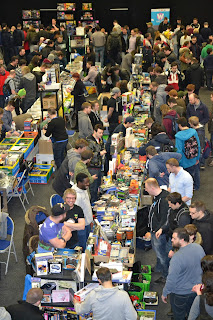