It’s August. I’m sat in traffic on the A13. The sun’s beating down and I need a wee. This can only mean one thing - a road trip to the seaside.

But this wasn't the usual bucket and spade affair, oh no. Me and my long suffering fiancée were going to spend one of the hottest days of the year hidden within the four walls of the iconic Winter Gardens at Play Margate 2015. 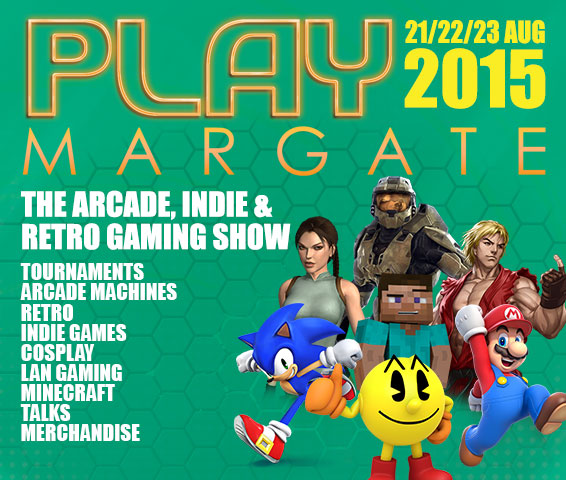 I’ve wanted to attend a retro gaming expo for a few years but they always seem to be held out of London. The thought of travelling and having to lug any pickups back with me on the train really put me off. Fortunately now I have a new car and the world - well the UK - is my retro gaming oyster.

As we’d never attended before we made our way to the expo with an open mind not really knowing what to expect.

Would this seaside event be no more than a couple of old Nintendo Entertainment Systems set up in a corner? Maybe a few people huddled around a Street Fighter cabinet like back in the day at my local chippy?

Luckily on arrival we were immediately put at ease. Greeted by a bustling hall filled with every retro console imaginable alongside a varied demographic of attendees.

There were the original gamers; 30+ Dads explaining to their confused offspring why the control pad of the Atari Jaguar has so many buttons, with the roles reversing over in the dedicated Minecraft section with children enthusiastically explaining the merits of the game to their adults companions.

We walked into a room and spotted two oversized Gameboys linked together playing Tetris, a projected game of Pong and stalls selling boxes upon boxes of retro games, works of pixel art and collectables.


My favourite stall by far was hosted by “The Retro Hunter” (@TheRetroHunter) Not only did he have more games than you could shake a Wii remote at, his passion for retro was apparent. He talked about his items with knowledge and refreshing enthusiasm.

There's nothing worse than being served by disinterested staff who haven't a clue about the items they're selling.

I was once asked if I wanted a season pass for the DC beat 'em up Injustice: Gods Among Us because "...it had the Hulk in it." Despite him hurting my nerdy feelings, I just didn’t have the heart to tell him that The Hulk is in fact a Marvel character and not DC. 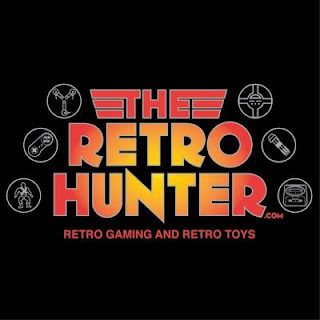 The Retro Hunter was spreading the gospel of gaming and was sharing the good news in the form of Master System and Megadrive games (both Jap and UK), SNES, N64 and Gameboy.

Everything you could ever want as a retro collector was there, including a copy of Alex Kidd for the missus and a Sega Saturn console for me. 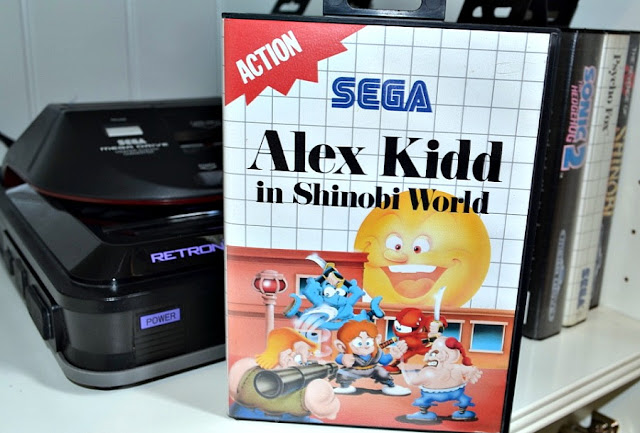 I was really chuffed with my find as I never owned the Saturn the first time around. 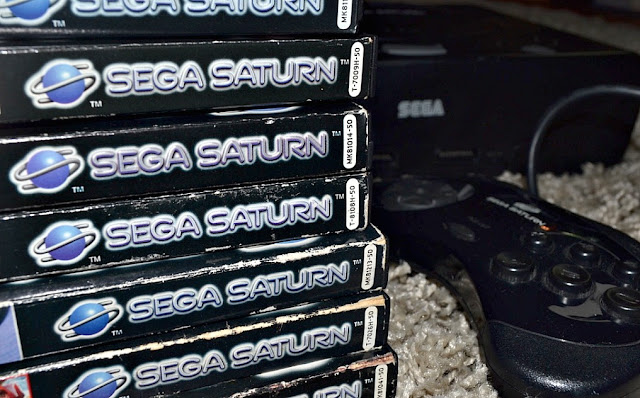 As a student back when it was launched I didn’t have much disposable income, so had to make the tough decision between the Saturn and the all new PlayStation.

I don’t regret my decision at all as I adored my PlayStation but it was cool to finally own both consoles - even if it is twenty years later! 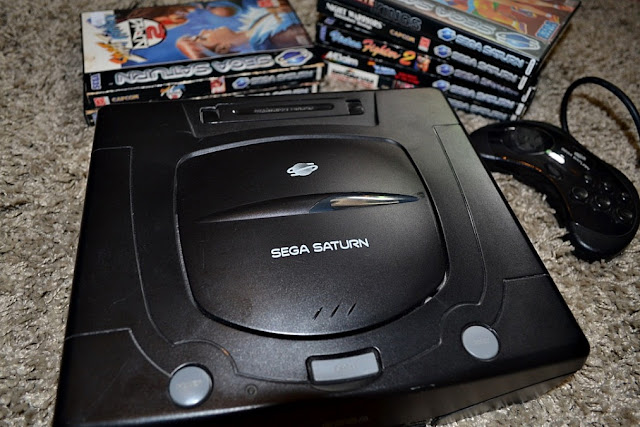 After chatting to talented pixel artists and spending yet more money expanding my Nintendo Amiibo collection, we made our way to the lower floor of the building.

The large and very beautiful lower hall of Winter Gardens had many areas of gaming delight; a playable history of Mario Kart from the first SNES instalment up to the more recent Mario Kart Wii.

Seeing how far it has come since ’92 puts into perspective how big the jump between consoles were. Something that has somewhat slowed down for the last few generations in my opinion.

A long table hosted many XBox 360’s all running Street Fighter 4 waiting for attendees to challenge their friends. More interactive titles like Guitar hero and DJ hero (a personal favourite of mine) were also set up and I think almost every one had at least one go - how can you not pick up the guitar and channel your inner Hendrix?

I’ve missed the series and can’t wait to pick up the new one.

Everywhere you looked there was another system from our past; Neo Geo AES, PC Engine, Amiga ST & Dreamcast to name a few, all waiting for someone to press start and enjoy.

Play Margate was a fully interactive museum, with the stars of the show not being mollycoddled behind glass just to be stared at. Theses game machines were created to be played and entertain, and even after 30+ years they were still managing it with ease.

The pleasant bombardment of sounds from all the old arcade machines brought back memories of being 11 or 12 in a holiday camp off the Norfolk broads, where I'd beg my grandparents for a few quid to change into shiny 10 pence pieces and spend the day enjoying games that my home consoles could never comprehend processing.

Donkey Kong, Karate Champ, 1942 plus many more cabinets and pinball tables were all on free play so no need to worry about a 10p stash this time. That alone was well worth the affordable £12.50 admission price.

As our day drew to a close I took one last look around the hall and felt quite emotional on remembering that I started playing video games when it wasn’t as cool or sociality acceptable as it is nowadays. Being more of an in-your-bedroom-with-the-curtains-shut hobby.

Seeing so many people who all have a genuine love for video games, enjoying them publicly together within such a beautiful venue got me right in the feels. I'll definitely be back.

Do you have a favourite retro game? Any particular title than has stayed with you through the years? Mine is “Rockstar Ate My Hamster” on the Spectrum.
Posted by Unknown at 06:40